Good news – the BCYC will be re-opening on Friday 18th September and we very much look forward to welcoming you to the Club.

We have undertaken a thorough risk assessment, taking into account Welsh Government regulations and UK Hospitality Wales guidance, to provide as safe and welcoming an environment as possible.

There will be some changes to the “old familiar”

Greg and Tina have produced an exciting bar menu for September, but, as ever, if there is something you would particularly like, please speak with them. At this time, 48 hours’ notice for food bookings is required.

We believe, given the layout of the Club, that we can provide one of the safest dining experiences in Mumbles. Whether you wish to dine in the main room or enjoy a private dining experience overlooking the Bay, we have the facilities.

For those who wish to use the Club just for drinks, these will be served in the large room downstairs – no need to book.

The Snooker room will also be open – the rule of 6, hygiene and social distancing measures to be observed.

If you have any questions, please do not hesitate to contact Greg and Tina at the Club or email BCYChonsec@gmail.com

To tackle the spread of coronavirus, people in Wales must:

Below are some dates that you may wish to add to your diary. In addition the customary Christmas Gratuities notice will shortly be placed on the notice board for Members who wish to contribute to the Staff Christmas Fund.

This year, because we get overbooked, we propose having two Sunday Christmas lunches on December 1st and December 15th.

As always, please contact Greg or Tina for further information or to make a reservation

There they stood, Giants of the Green Baize, flexing their muscles, ready to do battle.  Gotterdammerung confronts the Group of Death !!

First up, John Morse faced Greg Morgan.  As is so often the case, it was the final black ball that decided the match, and it was Greg who potted it.

Next, our 5 times Champion, Jeff Evans, faced Mark Jenkins.  A thrilling, fast paced, high scoring frame ensued.  So fast paced, indeed, that the marker and ref (moi – LG) found that it was necessary to sprint around the table to replace the colour, back to the scoreboard to record the score, only to find, on turning around that Jeff had already potted the next red and was lining up a colour !!

Early on Jeff made up the handicap and established a useful lead, but Mark steadied the ship with an effective combination of potting and safety play.  Ultimately Jeff needed the final pink to win, and had a thin cut to pot it into the middle pocket.  He went for it (of course) but failed to make contact.  Mark potted pink, and finally, the black to win a notable victory.

Finally, Greg squared up against Mark.  This was a very different frame from Mark’s previous frame against Jeff, much more considered, a lot more tactical play, and in the early stages, much less potting, but no less intriguing.  As the frame proceeded, however, Mark went into a useful lead and steadily increased it, eventually running out a convincing winner.

The result of all this activity is that Mark and Greg have each won two matches.  Mark having beaten Greg, is top of the Group, Greg runner-up.  There is one match to play between Mark and John, but the result cannot affect the final positions.

So in the top half of the draw, the quarter final matches will be

On Saturday, in a close well contested match, Jeff beat John (Morse) in Group A.  There are still four matches to play in this group.  As at present Greg would be top and Jeff runner-up.

In Group C Peter Harrison played, and beat, Bob Wigley, so the position here, with two matches still to play, is that Eiddon and Peter have each won two.  Eiddon beat Peter so he is top, at present, and Peter is runner-up.  Bob Wigley could still spring a surprise if he plays and wins both his remaining matches.

DEADLINE.    Group stages began in early September and have now been running for 9 weeks.  All Group matches must be completed by SATURDAY 16th November.  Any matches which have not been played by then will not count.  That should give sufficient time for the Quarter-finals, Semi’s, and the Final to be completed before the Christmas Snooker Dinner and Presentation of the Trophy on Wednesday 18th December.  Please note the date in your diaries, and sign up for the Dinner with Greg, in person at the Club, by phone (366000) or at bcycmanager@gmail.com.

Well, after a postponement due to Mumbles having the highest winds in the UK on 10th August, the Pursuit Race eventually took place in glorious conditions on 25th August. Sailors (and race management team) were treated to blue skies, a flat sea and around 13 knots of wind – ideal conditions for the chase!

15 boats took place this year led off by, possibly, the oldest boat in the field, “Myhtos”, an Achilles 24 and, allegedly, the oldest combined age of the crew (if you exclude the boats with big crews)  Paul Nicholson and Chris Osborne, hotly pursued by another Achilles 24 “Athene” crewed by Paul Knight and Emelye Trew.

An hour and 10 minutes later the fastest boat on the water, a Formula 18 catamaran helmed by Dave Charles, was the final boat to join the pursuit – and boy did he fly on some of the reaches!

The variety of boats on the water provided quite a spectacle especially when last year’s third placed sailor, Harry Pressdee, on an Aero7 was chasing down Independent Bear, a Corby 41.5.

The chase was keen with the lead changing frequently. However, once Oscar Chess and Will, on a Dart 18, took the lead, they looked invincible, quickly gaining and retaining a half leg lead over their nearest competitor. At the 15:00 finish Oscar and Will were the overall winners with Tim and Sue just holding off Colin and Alex, all Dart 18s, for 2nd place.

The race was followed by the presentation in the BCYC clubhouse where sailors and volunteers were treated to a buffet and the chance to exchange tall tales.

This year’s event was very different to previous pursuit races. Thanks to some kind sponsorship  there were cash prizes for the fleet winners. The race was also carried out in conjunction with Mumbles YC’s Gower Challenge regatta, with a race to Oxwich and back on the Saturday and Sunday’s pursuit results counting towards the competitors’ overall weekend ranking. The regatta winner was our very own Colin Jenkins ably supported by Alex and Chris.

Race officer, Alyson Nicholson said “Many thanks to all who helped in the success of this race: Karen and Guy on mark 1, Mike and Carl on mark 2, Mark and Carl on mark 3 with Anne and Martin joining me and doing a sterling job on  the committee boat. And especially to sponsor for his kind support of this event”

A full list of the fleet and their final positions can be found at http://www.bcyc.co.uk/category/results/ 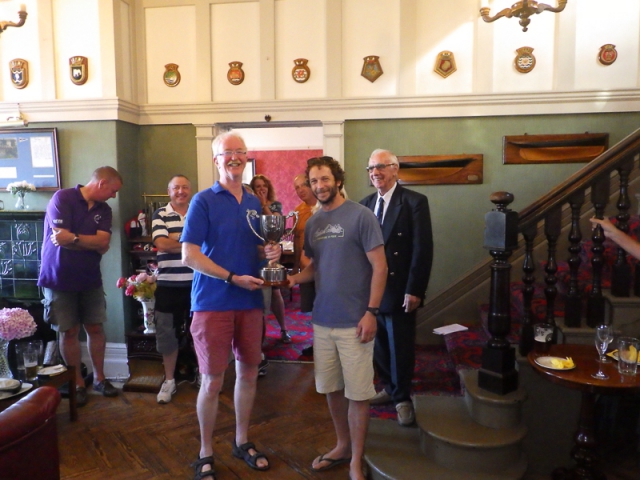 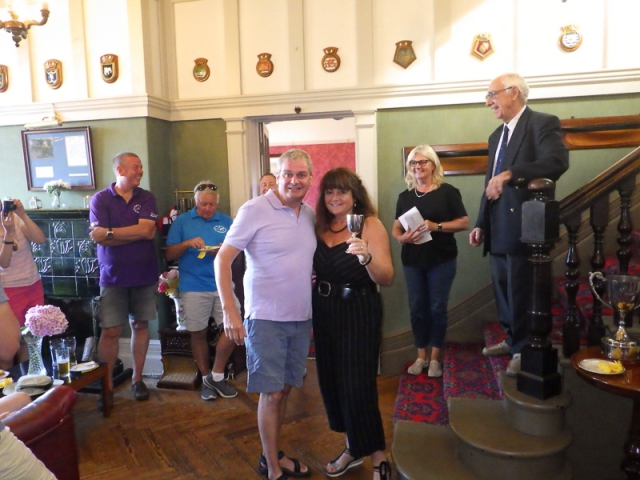 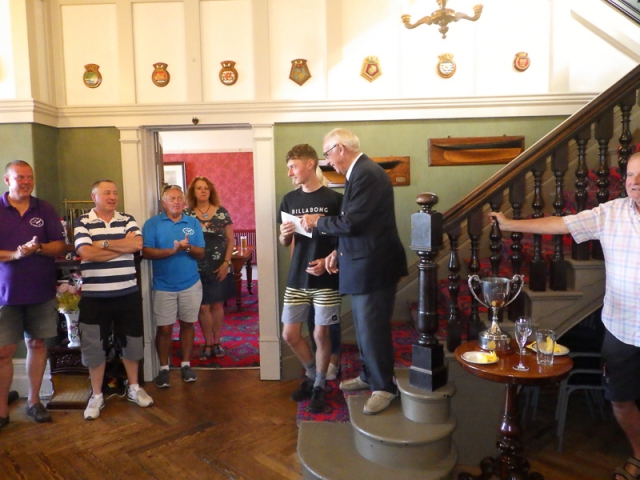 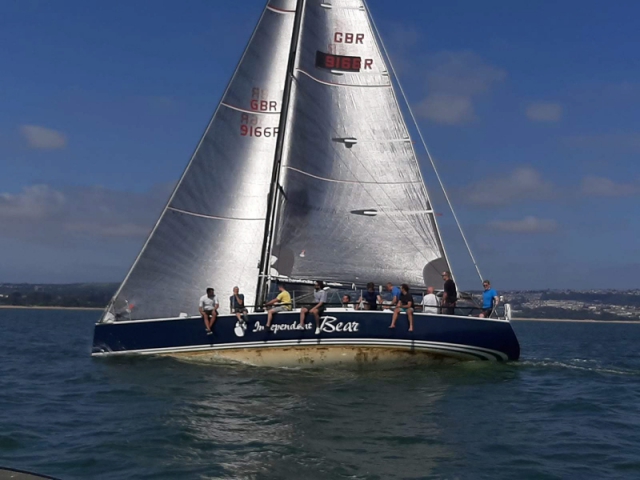 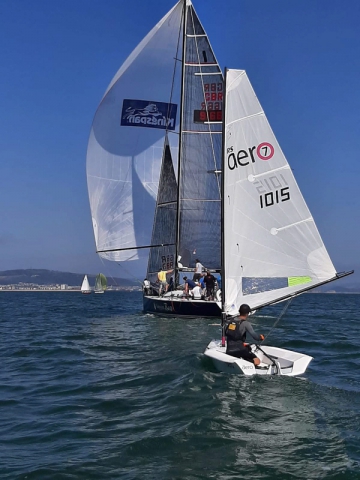 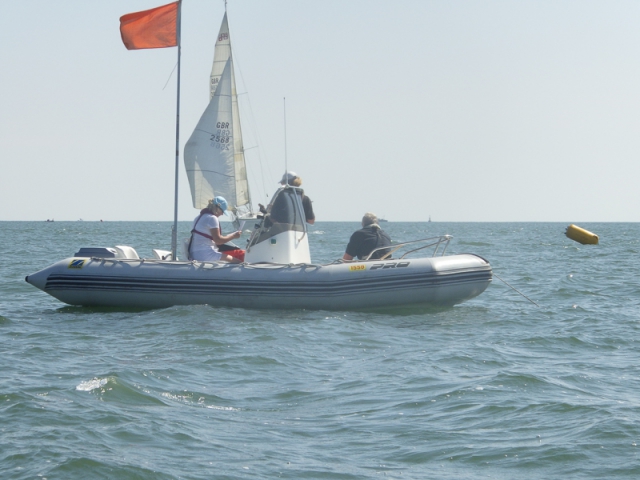 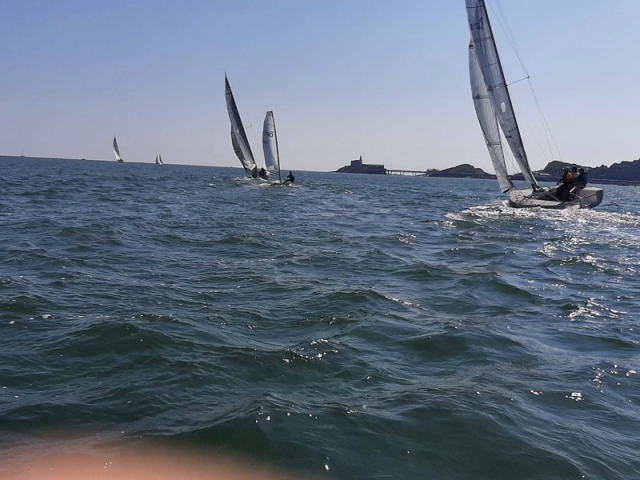 You can see more photos from the whole weekend at: http://mumblesyachtclub.co.uk/?menu=photos&gallery=2019_08_26_gower_challenge_and_bcyc_pursuit

This year’s BCYC Laying Up Supper will be held on Friday October 25.

The last few Beaujolais  Nouveau evenings have been fairly quiet affairs, usually held on the third Thursday of November, so this year we thought we’d have a French evening so you may drink decent French wine as well as Beaujolais! – details to follow.